Why Does Fosjoas Twin-wheeled Scooter V2 Have A Large Customer Base All Over The World?

In the sector of electric scooter, there is an elusive phenomenal that FOSJOAS intelligent two wheel self balancing scooter V2 is far from the classic model of FOSJOAS lines of products and is not the most advanced model either, but it is the most popular with the young men across the globe. Here we will dig into the reasons and work out the riddle, by interviewing some respondents with fondness for FOSJOAS twin-wheeled intelligent V2.

The first interviewee is Ivan, who is aged 15 and a secondary student in one of local middle schools. According to his description, his first exposure to FOSJOAS electric self-balancing scooter appeared to be in May last year. At first sight, he found it quite hard to steer it, because he could keep himself balanced on FOSJOAS electric self-balancing scooter. But, with the increasing number of practice, he came to realise that he had known the rope to steer FOSJOAS V2. Now he is a veteran player of the twin-wheeled self-balancing scooter. It is easy to see that the lover for FOSJOAS V2 is from the delight during the ride. 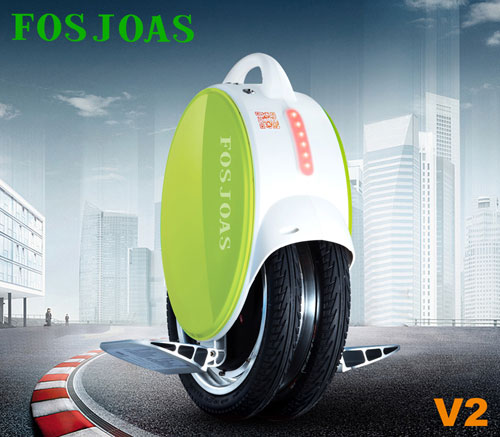 The second respondent is a middle-aged man, who seems nearly 40. In spite of his age, the man named Vincent still keeps energetic and as young as youngsters. Seeing some children riding intelligent self-balancing scooter, he found it very interesting. Thus, he set out to buy one set. In the store of electric scooter, he has tried the single-wheeled scooter and the two-wheeled self-balancing. Finally, he found FOSJOAS V2 most suitable for him. The first reason given by Vincent is that FOSJOAS V2 is easier to ride.

Although the respondents are only two, they are representative and compelling. Not everyone is hero and they are just common or ordinary people. They also want to enjoy the happiness of riding and they baulk at the hard-to-ride electric unicycle. Therefore, they naturally and understandably go for the FOSJOAS twin-wheeled intelligent self-balancing scooters.