The Comparison Amongst Fosjoas Two-wheeled Intelligent Scooters V9, U3 And K3

Byron and his friends are bona fide scooter-lovers. They have passion for especially FOSJOAS two wheel self balancing scooter. FOSJOAS V9 is the first model of two-wheeled intelligent scooter by Moben Global Inc. Subsequent to FOSJOAS V9, the personal ATV U3 and K3 followed. Byron bought the first model of FOSJOAS-V9, Cecil bought U3 and Chester K3. They all have their own ideas about their own electric scooters.

According to Bryon, he likes pursue those novel and outlandish things. Therefore he bought FOSJOAS V9 the moment Moben Global Inc. released it. In the sector, FOSJOAS V9 is the first model of self-balancing two-wheeled scooter. Moben Global Inc. took pride in FOSJOAS V9. Bryon is impressed by the design and ability to maintain balance. As long as Bryon stood onto it, he could steer it at once as fast as he could. The great ease of use attracts a lot of scooter-lovers and common players. Bryon was a beginner when he bought FOSJOAS V9. Therefore, he could not ride V6 and V2 at all. FOSJOAS electric scooter V9 seems intended for him. 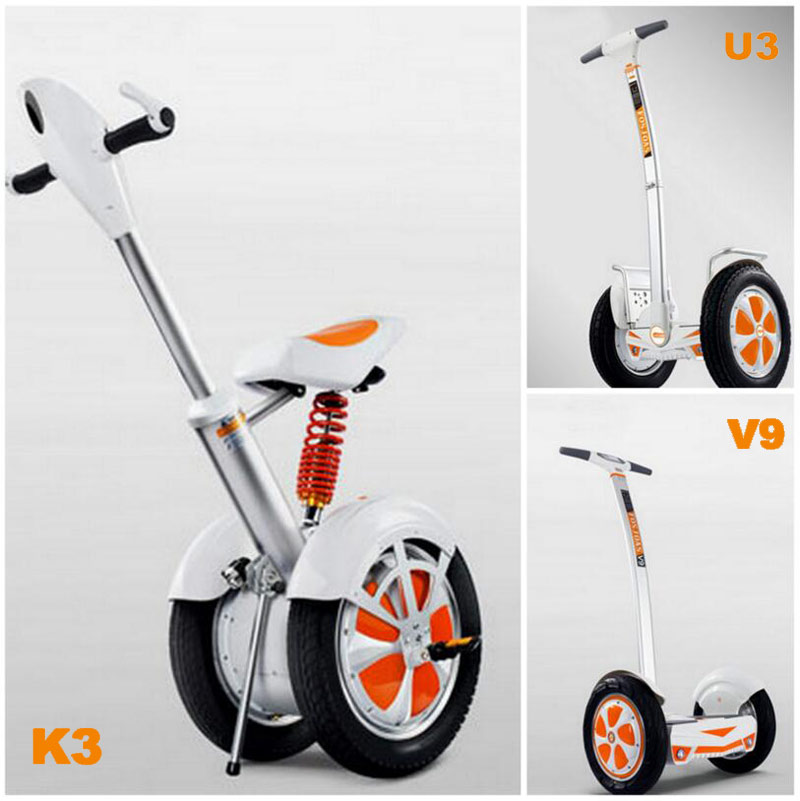 Cecil saw Bryon buying FOSJOAS V9. After listening to his recommendation, he was also eager to buy one set. But, fortunately, FOSJOAS released new model-U3. U3 is also a new kind of two-wheeled intelligent scooter. Therefore, he ordered U3 at once. He found FOSJOAS U3 superior to FOSJOAS V9 two wheel electric scooter. The high performance and strong thrust make U3 stand out from other models. It even can negotiate the tough terrains. Thereby it is hailed a personal ATV. Cecil just treats it that way.

Chester owns the most advanced model of two-wheeled intelligent scooter by Moben Global Inc. That is FOSJOAS K3. All advanced technologies are wrapped into it. Chester is better-off, preferring extravagant devices. Therefore it is understandable for him to purchase FOSJOAS K3. The amazing hydraulic suspension and the technology of connection into mobile shock everyone. For now, Chester cherishes it very much.