Leon is one of common white-collars, who typically spend the majority of the day before PC. The he confined cubicle leaves less room for him to move. Under the pent-up ambiance of work, nobody gets used to regularly stand up to stretch his body. Long-time work in such workplace must cause some health-threatening diseases. That is responsible for the common cervical spondylosis and myopia amongst the white-collars. Leon also comes down with these disease. Fortunately, these are not serious now. He is thirsty for exercise but because of the limited time and scant opportunity, he gains less access to work out after work. Recently, he learned from his friend that a kind of electric scooter could help him. That is FOSJOAS electric self-balancing scooter. According to the description of his friend, he bought one set of FOSJOAS self-balancing one wheel electric scooter V6.

With FOSJOAS single-wheeled intelligent scooter V6, he cycles to work every morning instead of the bus and metro. In the bus and metro, the cramped space will not refresh the passengers. On the contrary, the egregious environment will make the passengers feel a greater pressure. FOSJOAS V6 turns around the situation of Leon. During the ride, FOSJOAS V6 not only relaxes the body of the rider, but also relaxes their mind so the rider has the full energy to gear up for the whole-day work. After having FOSJOAS V6, Leo is invigorated and full of energy rather than as sleepy as before. 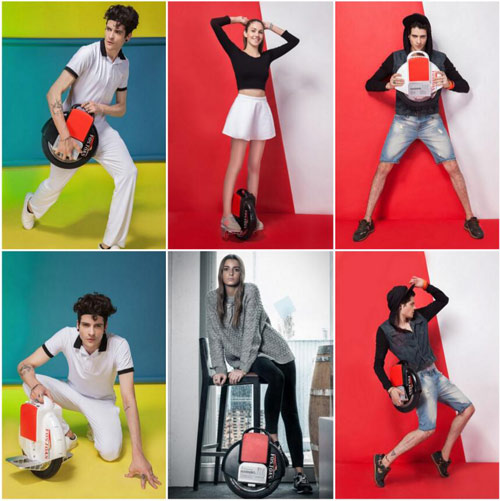 After he gets off work, he also steers his FOSJOAS V6 one-wheel scooter home. The ride of FOSJOAS V6 will de-stress the fatigue caused by the whole-day work. In the process of riding V6, he relaxes his muscle of legs and enhances his ability to keep balance. On the other hand, it also builds up the abdominal muscle of the rider. These exercises protect Leon from the diseases such as cervical spondylosis and myopia. In addition, the time is made the most of.