The lavender farm of Provence attracts tens of thousands of people from all over the world every year. Several days later, the charming lavender will be in full blossom. It is well-known that the lavender farm there is too big and many people enjoy them on foot. Truly, walking among elegant and violet lavender is one of greatest enjoyments on the planet. However, it makes travelers exhausted after playing or running among lavender farm for a whole day. Now, a brand-new lavender touring comes into being, which is riding Fosjoas V2 two-wheel electric self-balancing scooter to enjoy the beauty of lavender.

The lavender farm is very big and many lines of lavenders are scattering on it. Usually, travellers can walk between two lines during the sightseeing. Now, people can ride Fosjoas V2 twin-wheeled self-balancing scooter and weave among lavender farm freely. There are three reasons when it comes to why Fosjoas V2 self-balancing scooter can be applied to lavender farm. First of all, it benefits from the small size and low weight of Fosjoas V2 scooter, which paves the way for it running in the lavenders easily. Then, it offers easy riding and controlling. Based on adopted aerospace attitude control theory, fuzzy software algorithm and gyroscope system, all controls, like speeding up and slowing down, can be realized by leaning body forward or backward. In fact, riding itself is also an enjoyment. In addition, the fully-charged Fosjoas V2 self-balancing scooter can continuously run 20km and people can play in the lavender at ease. 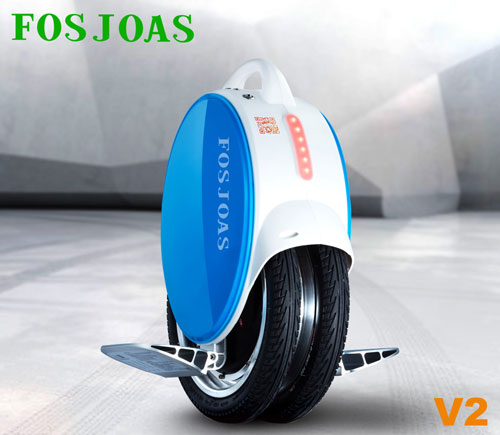 Fosjoas V2 two wheel electric scooter makes travelers deeply feel the beauty of lavender. More importantly, they won’t feel exhausted even if riding for several hours. Besides, Fosjoas V2 electric scooter, V3, V5, V6 or V8 scooter is also an excellent tool for weaving among lavender farm. Take one of them to Provence and people will have an unforgettable lavender travel.