Recently, Fosjoas has released a new arrival-K5 self balancing scooter uk. Its fashionable exterior and powerful functions make it a new star in people’s daily life. What is more, it is widely adopted by university students and thus it is prevailing in campus these days. Generally speaking, university authority sets strict requirements to the transports within its campus. After all, the safety of students always comes very first. How does Foskoas K5 electric scooter make it? The following will unveil that in details.

High riding safety plays the key role. Different from other transports, like strength-driven bicycle and gasoline-powered automobile, riding Fosjoas K5 2-wheeled electric scooter is relaxing. Leaning forward and backward realizes speeding up and slowing down respectively. Turning body to the left or right can change the direction. Meanwhile, Fosjoas K5 electric scooter is also equipped with brake auxiliary system. Such a system is able to enhance brake intensity according to rider’s brake action so as to shorten stopping distance. In other words, it fully improves rider’s safety during braking process. Comparatively speaking, Fosjoas K5 2-wheeled electric scooter enjoys the highest riding safety among current transport market. 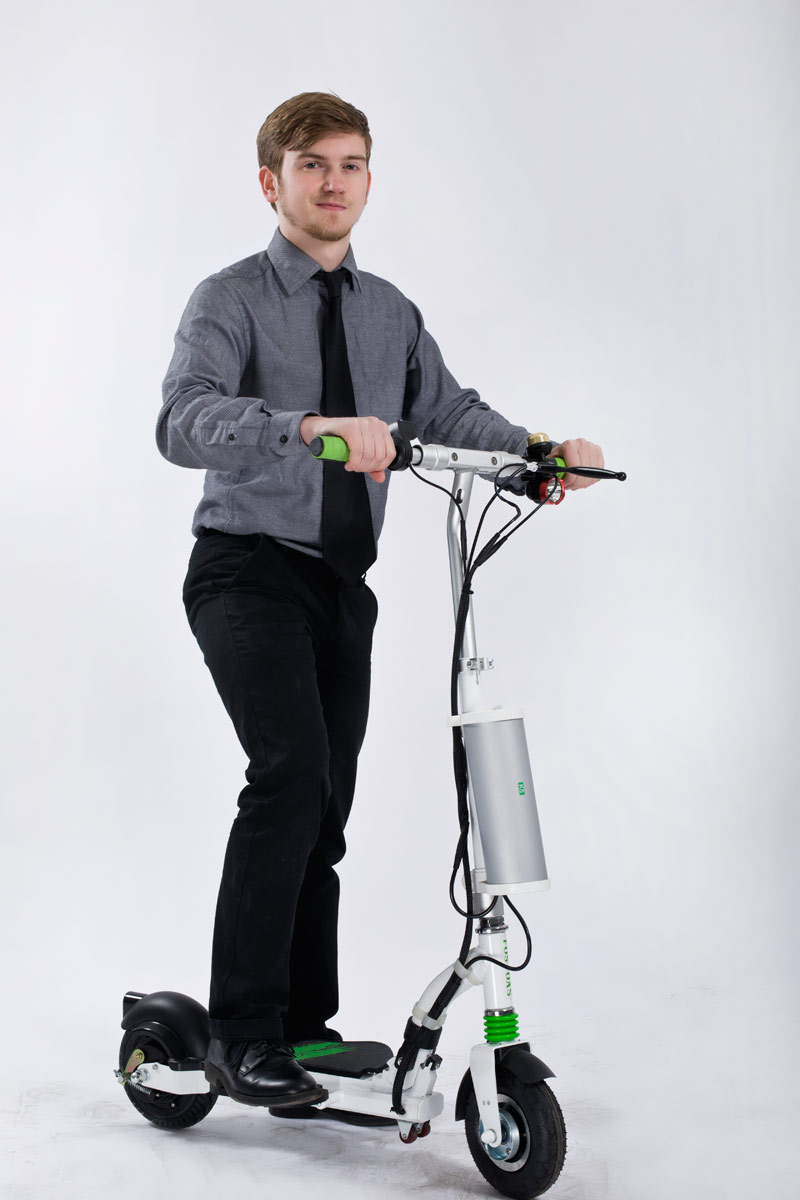 Powerful functions and wide applications directly decide popularity of Fosjoas K5 electric standing scooter within university campus. First of all, Fosjoas K5 electric scooter can cover almost all of travel needs of students, such as shuttling back and forth between classroom, canteen and dormitory, weaving on playground or going to library and so on. More importantly, it also can cover long-distance travels, which benefits from its replaceable battery unit. What students should do is to take enough spare batteries. Besides, it also has high-efficient USB port that can supply power for cell phone, digital camera or even notebook computer. All in all, Fosjoas K5 two wheel electric scooter unicycle is a new star in campus and it will become more and more popular.