It is frequently see that many high school students ride bicycles to go to school or return home after school. Compared with public transports, riding bicycle is faster and freer. However, their parents worry about kids’ safety all the time. Since Fosjoas K5 electric scooter is widely applied to high school students, parents start to be at ease from then on. In the eyes of many people, Fosjoas K5 electric scooter enjoys the highest riding safety among current transport sector. 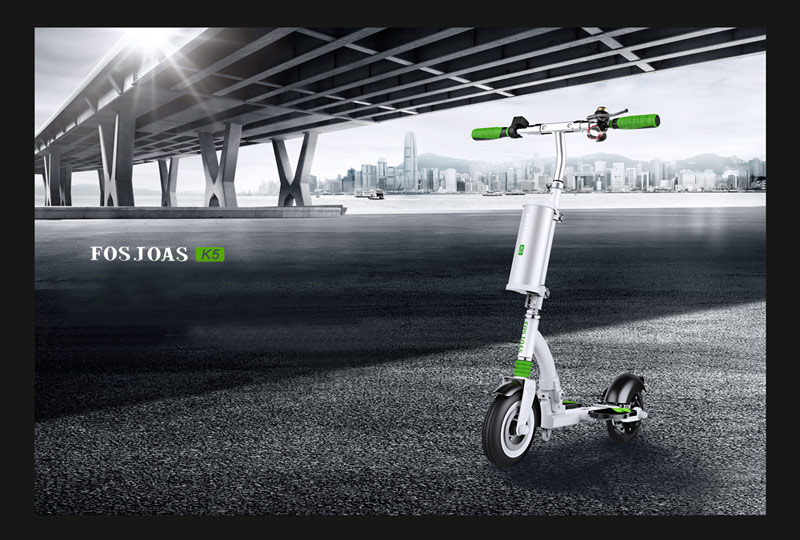 Besides, Fosjoas K5 electric standing scooter also has an exclusive APP, which can be downloaded from official website and installed in cell phone. Many parents are willing to install it in the cell phone and get to know the state of scooter anytime and anywhere. For example, if the remaining battery is very low, parents will call kids and remind them of charging it in time. What is more, riding Fosjoas K5 electric standing scooter is good for students’ health. Generally speaking, most time of students are lowering their heads to study. Gradually, they may have sore neck or humpback. Riding Fosjoas K5 self-balancing electric unicycle regularly is helpful to cure them.

Previous：Fosjoas K5 electric scooter is easier to fold and unfold.
Next：Fosjoas K5 Electric Scooter, the Blessing to White-Collars in Blustling and Congested Metropolises