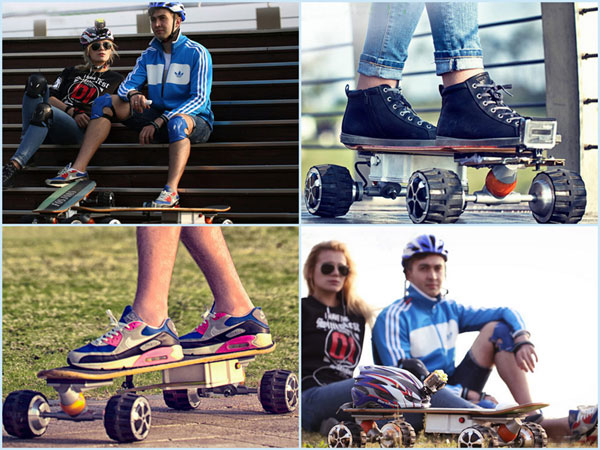 FOSJOAS design team endows K1 maple electric skateboard with DIY attribute. That is, you can modify the panels, the wheels. You can modify the battery. If you want to make your board cooler, you can also paint it or add stickers. If the ranges are not up to expectations, you can even change the battery. So it is just very unique, a personalized board.

With the above mentioned features, FOSJOAS K1 cheap electric skateboard will bring riders an exhilarating experience.