Skateboarding is full of vitality and youth and it becomes the hobby of many young boys. In recent, many girls start to join in this team. However, the skateboard those girls use is not traditional one, but Fosjoas K1 electric skateboard. Such a skateboard owns high-end appearance and the DIY sticker on board is full of personality. What makes girls fall in love with skateboarding is the great sliding experience offered by Fosjoas K1 electric scooter. The following will explain in details. 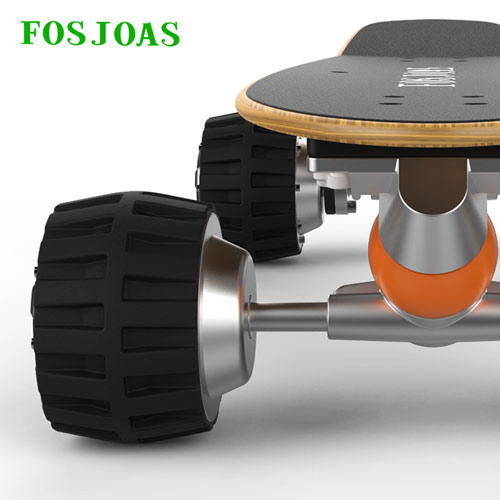 There are two main modes to control Fosjoas K1 cheap electric skateboard. One is body and the other is 2.4G wireless remote control. Girls can realize speed up, slow down, brake and change direction by leaning forward, backward or turning left, right. Besides, they can control the speed of Fosjoas K1 wireless motorized skateboard via the wireless variable speed remote control easily. According to above introduction, Fosjoas K1 skateboard not only owns fashionable and unique appearance, but also offers relaxing and comfortable sliding experience. It is why a lot of girls join in skateboarding team.