Skateboarding is one of popular sports. In the eyes of many people, skateboard is just a plaything. However, Fosjoas has broken that traditional thought and its K1 electric scooter fully proves that a skateboard also can be used as a tool in daily life. Why can Fosjoas K1 motorized skateboard be a tool? What can it do for people? The following will unveil them in details.

According to the name, Fosjoas K1 electric skateboard is powered by electricity that comes from the advanced and imported lithium-ion battery. Now that it has driving force, the strength of riders is saved. In the meantime, Fosjoas K1 electric skateboard belongs to intelligent self-balancing electric scooter and it keeps itself balanced by adopted aerospace attitude control theory, fuzzy software algorithm and gyroscope system. Then, riders can do any controls by changing body inclination. For example, slightly leaning forward and backward is able to realize moving forward, accelerating, decelerating and braking. Therefore, it is very easy to ride Fosjoas K1 electric scooter and the riding experience is relaxing. 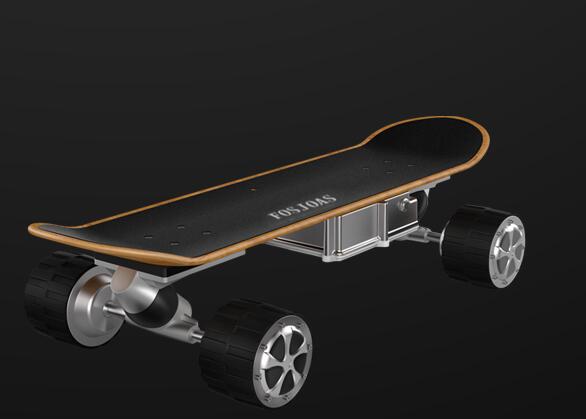