Abstract: The Fosjoas V6 as a self-balancing electric unicycle is great fun to ride. Small in size and long in travel range, the Fosjoas V6 can be your ideal hands-free transporter.

I was initially thinking about getting an electric bike, but it was just too expensive to get one that is decent. Then I stumbled across the Fosjoas V6. I was quite interested, and decided to do some research. I watched several videos and looked at reviews. 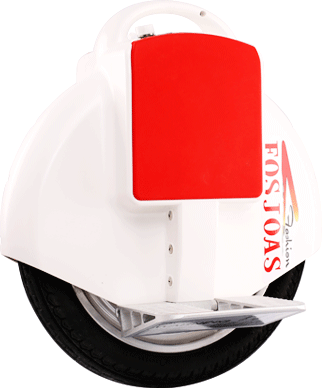 I kept trying to turn with the training wheels but I would just lose balance and step off. That is when I decided it was time to start the hard part – learning to ride the Fosjoas V6 self balancing unicycle without the wheels. At first I tried just getting on like they did in the videos, but I failed. So I started looking for a wall and ended up using the fence on the side of my lawn to lean on. I did not get very far with it, and kept falling off (when I say fall, I really only jump off and kind of trip a bit, and lose balance, sort of like a trip but you regain your footing). I found that the short grass was a nice place to learn how to get on, as it was softer if I fell, and it was a bit more forgiving with the balance on the wheel. 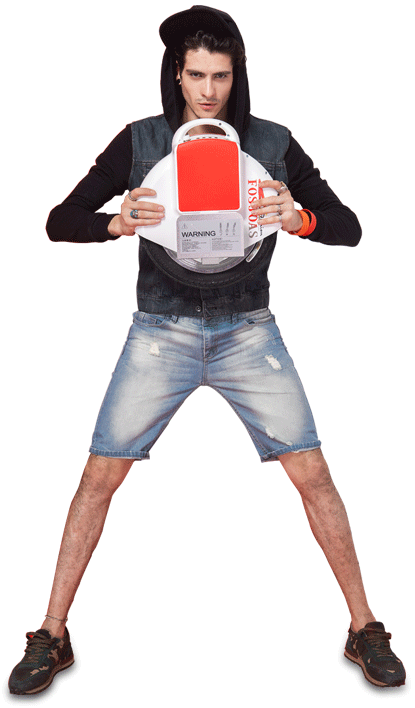 By mid-day the insides of my shins were in a lot of pain and I needed to stop. I went to Walmart and picked up a pair of shin guards for $5 and I wore them so they faced the inside of my shins. This felt so much better, I was able to continue practicing without having my swollen bruises get hit again. At one point, I decided to try using two tables to help me get on the Fosjoas V6 and gain stability. I would put the tables next to each other, and then stand between them and lift myself onto the wheel. It did not help a lot, unfortunately, though I was starting to make it about 10' before falling. I stopped using the tables because I still needed to learn how to get on the wheel without help. I initially was holding the wheel and then stepping on, and then kind of throwing my other foot on as I leaned forward hard to get some speed. Gradually I was going farther and farther without falling, and then like magic, I had it! I was able to get on it, and not fall off, and still go at least 15 sec straight.