Electricity power is applied to FOSJOAS to its advantage.

FOSJOAS is a noted brand of scooter under Moben Global Inc., which made an official announcement to enter the sector of scooter in the year of 2010. It has pushed out one-wheel electric unicycle of one sort or another, which are exported to hosts of countries, e.g. USA, South America, South-east Asia and Europe. FOSJOAS is catching on for multiple reasons, one of which is that FOSJOAS scooters are a kind of clean, green and eco-friendly vehicle.

FOSJOAS intelligent self-balancing scooter is power by electricity power. Electricity power is a sort of clean and green power, which generates no emission whilst being used. Unlike other pollutant-producing power like fossil fuel and coal, electricity power is generated and used in quite an eco-friendly way. In addition, it has a solid foundation of technology and adoption.

When it comes to the solid foundation of technology, electricity power was invented as an effective power six scores years ago. The public across the globe has been using it widely to date. The electricity scarcity is a rare thing to the masses. Therefore, there is no need to worry about the blackout or failure to charge FOSJOAS scooter up. 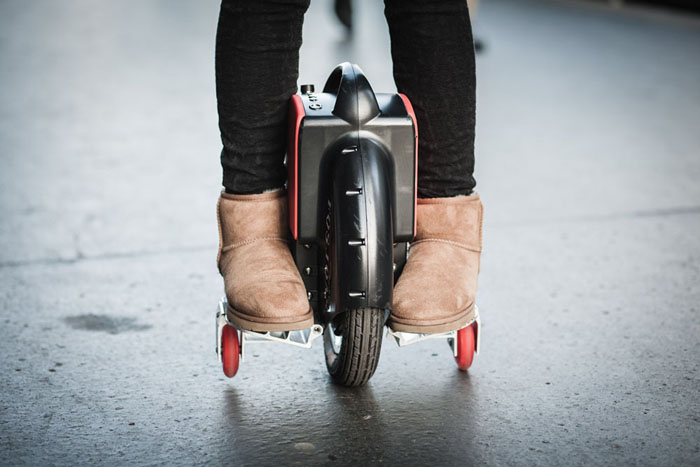 Environmentalists focus on the power used in the daily life as the issue of environment and air is going from bad to worse. They strongly appeal for the wide employment of clean and green power, like solar power, wind power and electricity power. Electricity power just lives up to their expectation and standard for clean power. Hence, FOSJOAS scooter wisely introduced it in the lines of it.

The cost is another consideration. The tech of generating electricity power is no longer in its infancy. Instead, it is rather amateur, which making contributions to the low cost. It takes merely 2-3 hours to charge up FOSJOAS two-wheel electric scooters fully. And the cost of charging is only 0.5 euro in European zone.

These advantages not only meet the demand of environmentalists but also that of riders. That is why FOSJOAS scooter is so worldwide famous.