Lists of differences between FOSJOAS electric scooter V9 and other models

FOSJOAS, as a famous brand of scooter, has been pushing out new intelligent scooters for hosts of scooter-lovers. Recently, it released another new type of scooter—the two-wheeled self-balancing scooters V9. How does V9 differ from other models?

Difference in functional purpose
The previous models, for example V3, V8 and V6, are either the single-wheeled scooter or the twin-wheeled scooter. Mastering the two model will take some time. Plus their excellent agility, they mainly serve the end of entertainment, rather the functional purpose. In works, it is understandable that no one is willing to use V3 or V6 as a transport of paddock. V9 is the opposite, the two-wheeled structure facilitates its balancing whilst traveling and therefore strengthens its ease of use. Any one only need to master it by standing on it. He will learn to steer in on time. This meets the demand in works as a transport. That is why V9 are ubiquitous in works or golf paddock instead of other single- or twin-wheeled electric scooter.

Difference in range
One type of scooter depends heavily on the range. The long range means it will be much of assistance to a long strip. V9 is larger than other models in size. Hence, there is more room for V9 to mount a larger and more powerful battery than other models. V9 is equipped with a more powerful Sony lithium-ion battery core, which offers a longer range of up to 50 km. And it has a top speed of 18 km/h on a full charge. The speed and range meets the demand of office commuting. That is to say that V9 is more functional than others. 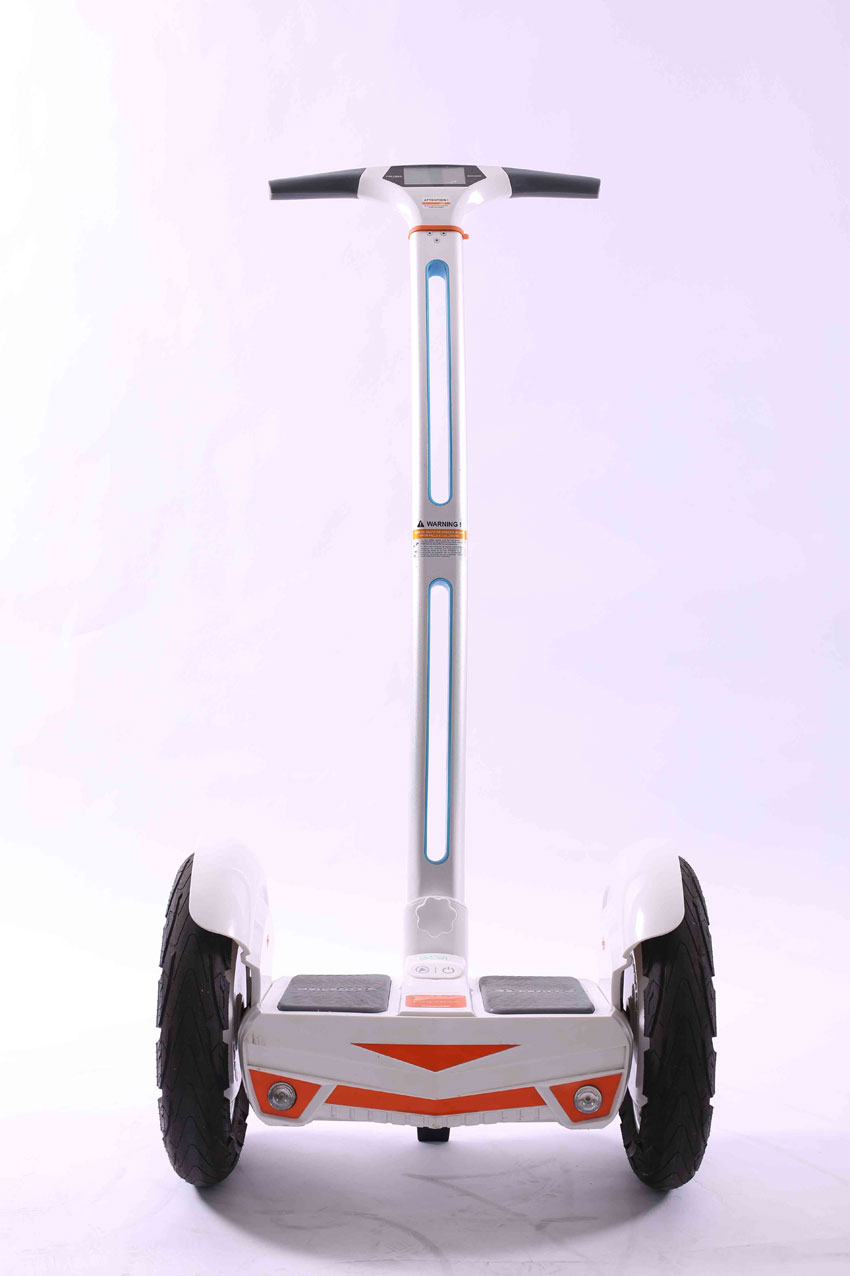 Difference in design
On the scale of design, V9 differs a great deal from others. V9 adopts the sleek and contoured design frame. FOSJOAS pays a maniac attention to details, which is evidenced by the handlebars of V9. V9 two-wheel electric unicycle is outfitted with the threaded handlebars, which enables riders to get hold of it easily and comfortably. V9 represents the ultimate in the design of FOSJOAS to date.

These differences between the two types of FOSJOAS scooters will inspire the next models in the near future.