Leonardo DiCaprio amazed the world again in the annual fundraising gala held by Leonardo DiCaprio Foundation (LDF). In only one nights, Leonardo raised more than $40 million for protecting wild places and preserving the environment. Of course not everyone in the world could has the same charm as Leonardo and LDF. But everyone can contribute to the environmental protection with Fosjoas electric unicycle. 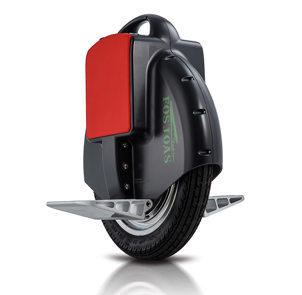 Fosjoas makes people's travel between offices and home the most eco-friendly travel ever. Which transport means is the most eco-friendly? The answer before might be bus or the metro. Yet now Fosjoas scooters are the most eco-friendly vehicles and have the same convenience as that of traditional vehicles. Fosjoas V6 electric unicycles are the early model in Fosjoas family. And they are also the most popular ones. There is only one wheel in the Fosjoas V6, but Fosjoas V6 unicycles are also very stable because of the inside operating systems which packaging complicated and advanced modules like aerospace attitude control theory, fuzzy software algorithm and gyroscope system which make the control styles of Fosjoas V6 and user-friendly. The small size and light weight result in the extreme portability of Fosjoas V6. So V6 can be rode on any roads like sidewalks. Most importantly, Fosjoas V6 are very powerful and efficient. For every 100 km, only 1 kWh is needed. Also the V6 self-balancing electric scooters are utterly powered by electricity which causes zero air pollution. Considering the fact that most countries are still generating electricity by burning fuels, the efficiency of Fosjoas V6 indirectly reduces the amount of fuel burned.

Previous：It's Hard to Build Noah's Ark to People, But Fosjoas Can Provide People with Scooters
Next：The Best Vehicles for Both Workaholics and Hedonists—Fosjoas V6 Electric Unicycles