The emergence of high-end products brings people a new concept of living, while more unprecedented hidden dangers follow, for example, the biggest issue which people concern about is safety when they are riding it to go out. And so people regard safety performance as one of high-priority issues.

Fosjoas twin-wheel self-balancing scooter K3 is a sitting-posture scooter which solves the problems of tiredness due to long-time standing caused by riding traditional standing-posture. Only with this different riding posture, Fosjoas K3 attracts more customers ranking at different ages. At the respect of safe protecting, Fosjoas self-balancing electric scooter K3 gives the best interpretation. After one million times of trial tests, developers adopt original hydraulic suspension, with such hydraulic suspension, and shock on bumpy roads is absorbed. What’s more, when going downhill, rider can control the speed to ensure personal safety. Behind the scooter saddle, there is an original automatic steering-sensor system. No matter daytime or night riding, the iridescent lights ensure a safe riding. 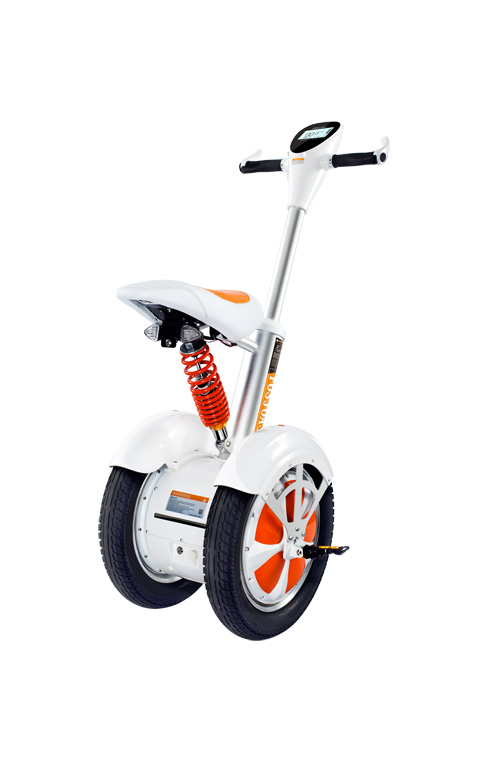 Battery mounted on Fosjoas electric scooter K3 is world top Samsung lithium battery with the parallel lithium batteries of 2600mAh have power 5 times of traditional lead acid battery. For the battery safety, the battery pack has six-fold protection, so people do not need to worry about problems such as over-discharge, short circuit, or overcharge. Once something gets wrong with one link, the battery will get comprehensive protection. Brake system also plays a vital role in safety system, so Fosjoas electric scooter K3 uses electric control to realize instant, accurate and safe braking.

In the modern society, the design of products not only focus on commodity characteristic itself, but also humanization for people is willing to pay more attention to it, whether the riding is comfortable, exciting, and safe is the biggest issue developers concern, so Fosjoas intelligent self-balancing scooters K3 can dare to say that it knows the real needs of riders.