To meet the demand of common scooter-lovers, Moben Global Inc. released the twin-wheeled scooter. The twin-wheeled system enhances the ability of FOSJOAS scooter to maintain balance in a sense and shorten the time going on learning. Unfortunately, the modification did not meet all the demand from customers. They needed easier-to-ride scooter. In view of that, Moben Global Inc. finally pushed out the FOSJOAS electric self-balancing scooter V9. 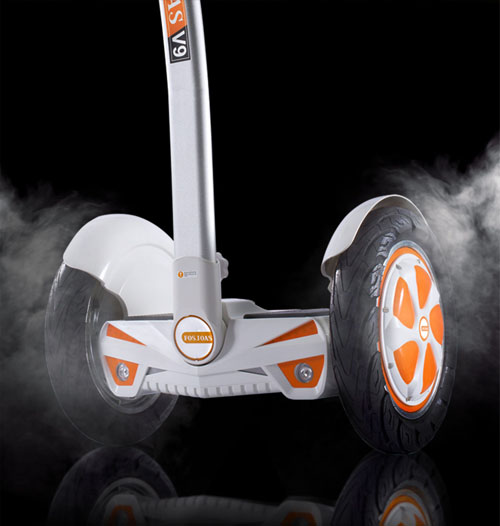 The two-wheeled hub system helps FOSJOAS V9 keep balance better. Even when FOSJOAS V9 does not operates, it can stand still and will fall over. For a beginner, he could learn to steer it as soon as he stand on FOSJOAS V9 two-wheel electric unicycle. It came as a blessing to those who have few time on learning intelligent self-balancing scooter but intend to ride it.

By virtue of the ease of use, FOSJOAS V9 is widely used in many fields. It is easy to see it being used in works. In some works, workers riding it to another workplace in the large paddocks. In golf paddocks, ball boys usually ride FOSJOAS V9 come and leave.